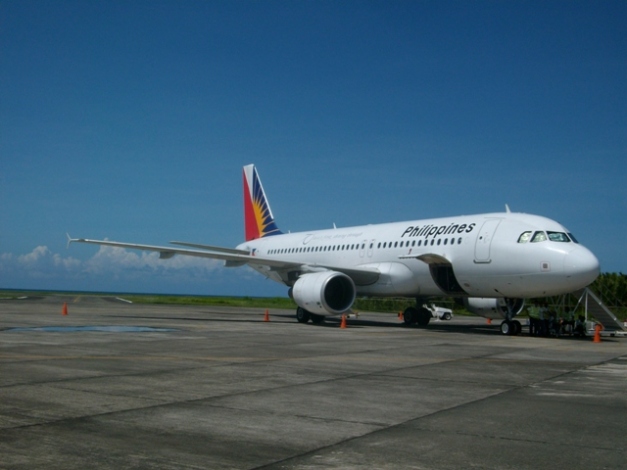 Spur of the moment – that’s how unplanned our Dapitan trip was. We didn’t reserve a room ahead of time, didn’t made an itinerary of what to do, didn’t expect anything, I didn’t even know Dapitan is in Zamboanga Del Norte. But we had a terrific time!

During the long weekend, me and two of my college friends embarked on a ride we never thought possible. We usually go out of town with everything ironed out from the tiniest details. This trip was a risk, I’d have to say, but we challenged ourselves for an adventure. Despite the mishap I had on my way to the airport, wherein I had to literally jump off the cab to catch our flight, the trip went on smoothly thereafter. 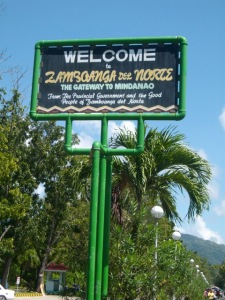 The heat was just right when we arrived. We then took a tricycle ride to the bus station then a van to Monina’s Pension House, where we stayed for the next two nights. The pension house was just right across the beach along Sunset Blvd., that’s why I couldn’t help but take pictures right away few hours after we settled in and had lunch at Erlinda’s Fishing Bar. 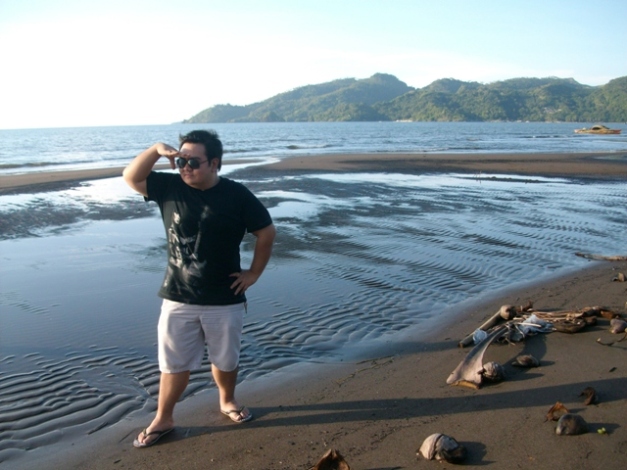 Come night time, we strolled around the city and went to Gloria De Dapitan, then capped off the night at a nearby tapsihan.

The next day was a whole lot different for us. We initially planned on not planning anything haha, but to hail the first tricycle we see then ask the driver to tour us around. So after brunch at Kamayan Ni Manay, we prepared ourselves for our day 2 in Dapitan. Manong Jimmy, the tricycle driver we hired as a tour guide, did a good job. He first took us to an old church (of which the name I forgot) and to a park where Jose Rizal made a map of Mindanao. 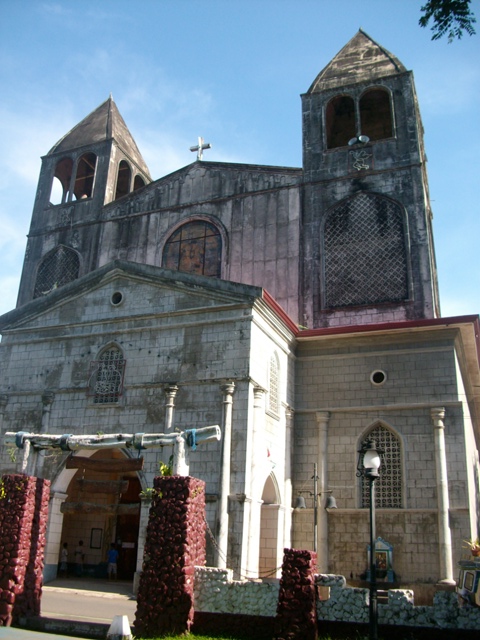 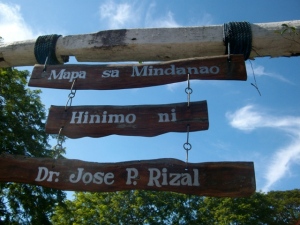 After that, Manong Jimmy took us to the Ilihan hill. I really loved this part because I miss hiking, and climbing the hill gave me a different “high.” And what a high it was. The view atop the hill was breathtaking! 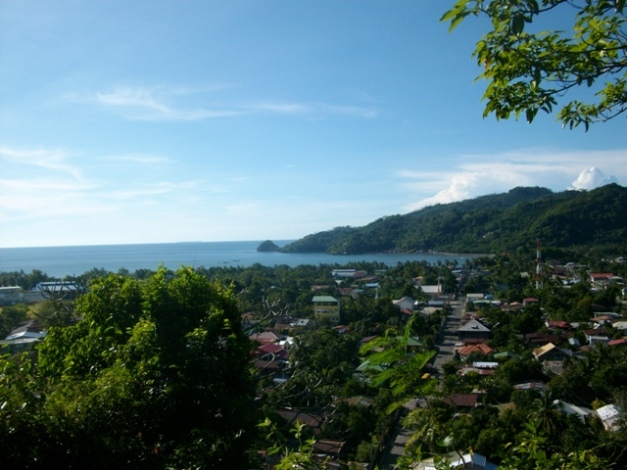 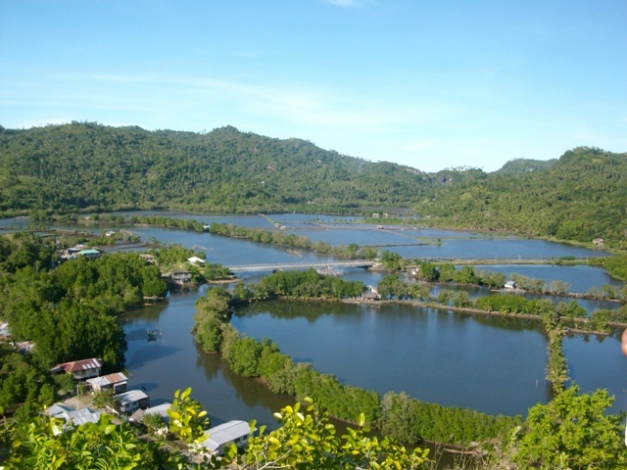 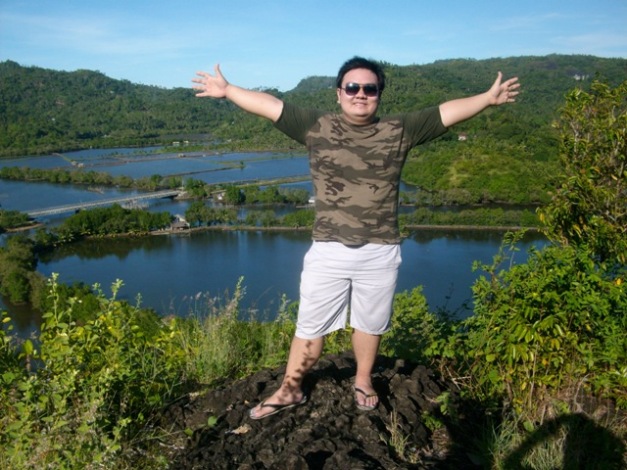 Our next stop was the Rizal Shrine, where replicas of our national hero’s kubo, clinic, home, kitchen, etc. during the time he got exiled in Dapitan can be found. I enjoyed this part of our tour, because of its historical value. After the shrine, we then went to Punto Del Desembarco De Rizal, the spot where Rizal first set foot in Dapitan year 1892, and where his boat docked after Spaniards took him to be exiled. It was like we’re on a field trip! 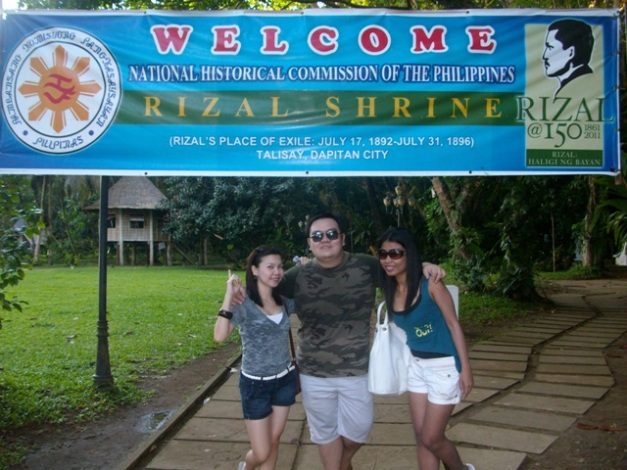 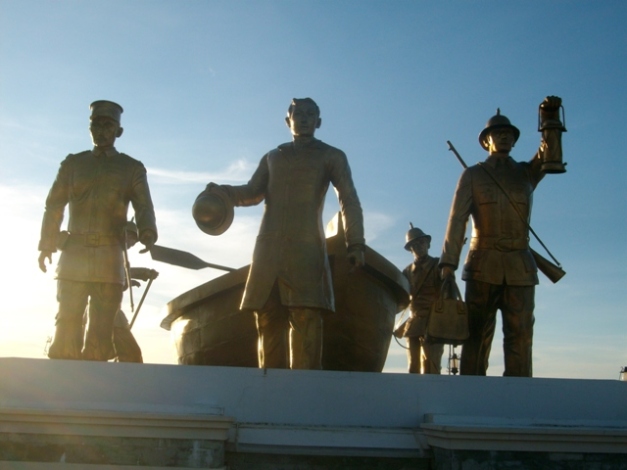 Time flies really fast when you are having fun. Next thing we know, the sun is already setting and darkness is starting to creep in. We asked Manong Jimmy to take us to a place where we can buy some pasalubongs like t-shirts, souvenirs and the like. I realized some stuff are a bit expensive that’s why I didn’t buy a lot yet. After that, we decided to ask our tour guide to take us back to our pension house, but then we just can’t help but stop anew and take a picture of the under construction Dapitan City Hall.

It was such a ride! We didn’t realize that we would also enjoy going on spur of the moment. No plans, no expectations, no disappointments. After our photo op at the city hall, we then asked Manong Jimmy to take us back to our pension house. We paid him P400 for the tour and for being our photographer the whole afternoon. Not bad eh? Back in our room, we rested a bit then prepared for dinner. After a tiring day, we rewarded ourselves with a sumptuous meal of seafood, pork barbecue and bulalo at Kan-Anan! Yummm!

Great dinner to cap off a great day in Dapitan! We just couldn’t contain ourselves with happiness, I’m telling you. I don’t know but this trip is probably one of the best. It may not be the grandest, but it did serve its purpose. Or maybe I just needed this time off to de-stress. So, that’s how the first part of our Dapitan went. Spur of the moment and so much fun!

Up next, our Dakak experience.